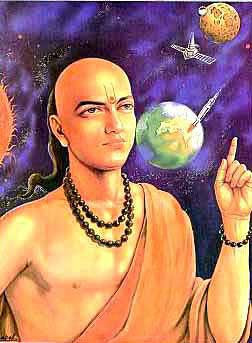 "The Vedic civilization is perhaps the oldest continuous living tradition in the world. Its extremely ancient doctrines and insights into human spirituality are unsurpassed. We might expect that its cosmology and science of time has been as misunderstood as its true antiquity. In looking closely at Vedic doctrines of time, spiritual growth, cosmology, calendars, and astronomy, we will see that a central core idea is that of our periodic alignment to the Galactic Center. And, according to these ancient Vedic beliefs, the galactic alignment we are currently experiencing heralds our shift from a millennia-long descent of deepening spiritual darkness (kalyug) to a new era of light and ascending consciousness (satyug). "

"Feuerstein, Frawley, and Kak have shown conclusively (In Search of the Cradle of Civilization) that the long-accepted age of the Vedic culture—erroneously dated by scholars parading a series of assumptions and unscientific arguments to roughly 1500 BC—is much too recent. Evidence comes from geological, archaeological, and literary sources as well as the astronomical references within Vedic literature... establishing the Vedic Race as the "cradle of civilization" dating it much before 10,000 B.C."

Regardless of whether we are currently Hindu, Muslim, Christian or Jew, etc. our ancient forefathers were all members of a common, unified, global Vedic Heritage.