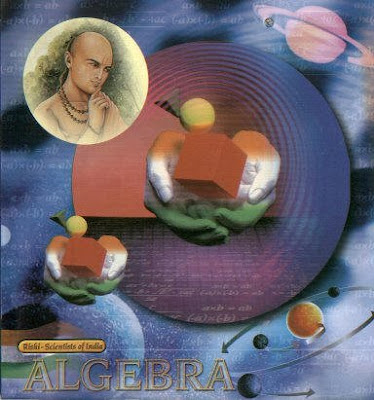 Born in the obscure village of Vijjadit (Jalgaon) in Maharastra, Bhaskaracharya's work in Algebra, Arithmetic and Geometry catapulted him to fame and immortality.
His renowned mathematical works called "Lilavati" and "Bijaganita" are considered to be unparalled and a memorial to his profound intelligence. Its translation in several languages of the world bear testimony to its eminence.
In his treatise "Siddhanta Shiromani" he writes on planetary positions, eclipses, cosmography, mathematical techniques and astronomical equipment.
In the "Surya Siddhanta" he makes a note on the force of gravity: "Objects fall on earth due to a force of attraction by the earth. Therefore, the earth, planets, constellations, moon, and sun are held in orbit due to this attraction." Bhaskaracharya was the first to discover gravity, 500 years before Sir Isaac Newton.
He was the champion among mathematicians of ancient and medieval India. His works fired the imagination of Persian and European scholars, who through research on his works earned fame and popularity.
Posted by Free Thinker at 10:08 AM