History of Shri Somnath Temple : Skanda Purana, in a chapter on Prabhasa Khanda, describes the emergence of this Jyotirlinga. 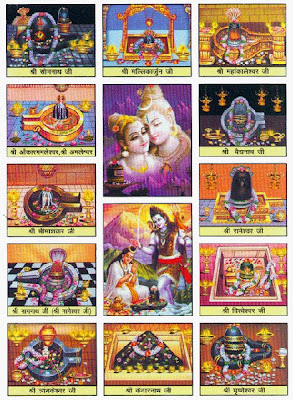 There are twelve traditional Jyotirlinga shrines in India. It is believed that Lord Shiva first manifested himself as a Jyotirlinga on the night of the Aridra Nakshatra, thus the special reverence for the Jyotirlinga. There is nothing to distinguish the appearance, but it is believed that a person can see these lingas as columns of fire piercing through the earth after he reaches a higher level of spiritual attainment.
History of Shri Somnath Temple : Skanda Purana, in a chapter on Prabhasa Khanda, describes the emergence of this Jyotirlinga.
The Divine Mother took birth in Daksha house in the form of Sati and after performing tapasya, became Shiva wife, and went to live with him on Mount Kailash. Her 27 sisters as the purana says wwere married to the Moon God i.e. 27 daughters of Daksha Prajapati. Amongst all his wives, he had special love towards Rohini and neglected the others. 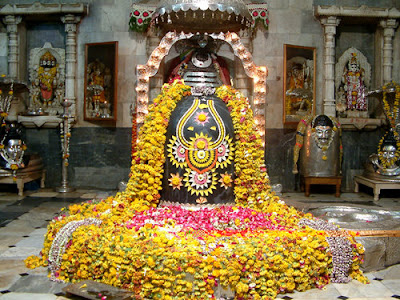 Seeing the negligence of Chandra towards his other wives Prajapati Daksha cursed Chandra that he would lose his beauty and radiance. But because of a moon devoid of radiance and beauty the entire world became lifeless. A disturbed Chandra, came down to Prabhasa with Rohini and worshipped the Sparsa Linga of Somnath after which he was blessed by Shiva to grow and shine in the bright half.
As the moon regained his light here, this town came to be known as Prabhasa. Brahma, one of the trinity, installed the Brahmashila, and paved way for the construction of the temple. On the request of the Chandrama and other gods Bhagwan Shankar assumed the name Somchandra (Jyotirlinga) and resided there eternally. He became famous by the name Somnath in the three worlds. Since, it was the Prabhas Kshetra where Bhagwan Shri Krishna performed all his Lilas. In this temple there is a small cave in which a lamp burns continuously.
The Skanda Purana describes the Sparsa Linga of Somnath as one bright as the sun, the size of an egg, lodged underground. The Mahabharata also refers to the Prabhasa Kshetra and the legend of the moon worshipping Shiva.


Photograph of the Somanatha Temple at Somnath, Prabhas Patan, in Gujarat, from the south, taken by D.H. Sykes around 1869