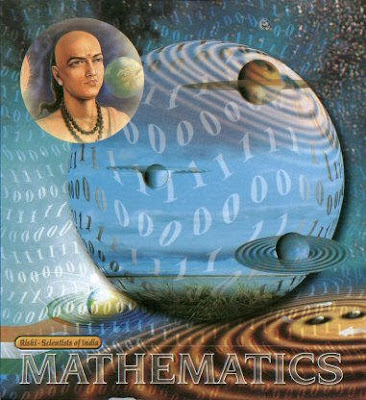 Born in 476 CE in Kusumpur ( Bihar ), Aryabhatt's intellectual brilliance remapped the boundaries of mathematics and astronomy. In 499 CE, at the age of 23, he wrote a text on astronomy and an unparallel treatise on mathematics called "Aryabhatiyam." He formulated the process of calculating the motion of planets and the time of eclipses. Aryabhatt was the first to proclaim that the earth is round, it rotates on its axis, orbits the sun and is suspended in space - 1000 years before Copernicus published his heliocentric theory. He is also acknowledged for calculating p (Pi) to four decimal places: 3.1416 and the sine table in trigonometry. Centuries later, in 825 CE, the Arab mathematician, Mohammed Ibna Musa credited the value of Pi to the Indians, "This value has been given by the Hindus." And above all, his most spectacular contribution was the concept of zero without which modern computer technology would have been non-existent. Aryabhatt was a colossus in the field of mathematics.

Tina ૐ Sadhwani Indian mathematics and the numeral system is the forerunner of modern science , technology and mathematics.

We have to be grateful to the Indians for teaching us how to count without which no worthwhile scientific discovery could have been made.
-----Albert Einstein

"It is a fact that before the advent of the Indian numeral system and algebra in Europe , the Roman numeral system was used , which could not have been used for cumbersome scientific calculations. They are even today counting 1 , 2 , 3 , etc to zero, after Sanskrit figures.

It was Indian mathematics, which provided the base for the growth of European science and technology to its present standards.

If it weren't for Indian mathematics, Europe would still would have been using the Roman numeral system, and in all probability , would still have been in the Dark Ages as well."
Posted by Free Thinker at 5:47 AM