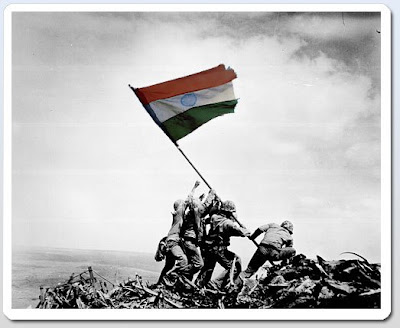 # India never invaded any country in her last 10000 years of history.

# India is the world's largest democracy.

# Varanasi, also known as Benares, was called "the ancient city" when Lord Buddha visited it in 500 B.C.E, and is the oldest, continuously inhabited city in the world today.

# India invented the Number System. Zero was invented by Aryabhatta.

# The World's first university was established in Takshashila in 700BC. More than 10,500 students from all over the world studied more than 60 subjects. The University of Nalanda built in the 4th century BC was one of the greatest achievements of ancient India in the field of education.

# Ayurveda is the earliest school of medicine known to humans. Charaka, the father of medicine consolidated Ayurveda 2500 years ago. Today Ayurveda is fast regaining its rightful place in our civilization.

# Although modern images of India often show poverty and lack of development, India was the richest country on earth until the time of British invasion in the early 17th Century.

# The value of pi was first calculated by Budhayana, and he explained the concept of what is known as the Pythagorean Theorem. He discovered this in the 6th century long before the European mathematicians.

# Algebra, trigonometry and calculus came from India. Quadratic equations were by Sridharacharya in the 11th century. The largest numbers the Greeks and the Romans used were 106 whereas Hindus used numbers as big as 10**53(10 to the power of 53) with specific names as early as 5000 BCE during the Vedic period. Even today, the largest used number is Tera 10**12(10 to the power of 12).

# IEEE has proved what has been a century old suspicion in the world scientific community that the pioneer of wireless communication was Prof. Jagdish Bose and not Marconi.

# The earliest reservoir and dam for irrigation was built in Saurashtra.

# According to Saka King Rudradaman I of 150 CE a beautiful lake called Sudarshana was constructed on the hills of Raivataka during Chandragupta Maurya's time.

# Chess (Shataranja or AshtaPada) was invented in India.

# Sushruta is the father of surgery. 2600 years ago he and health scientists of his time conducted complicated surgeries like cesareans, cataract, artificial limbs, fractures, urinary stones and even plastic surgery and brain surgery. Usage of anesthesia was well known in ancient India. Over 125 surgical equipment were used. Deep knowledge of anatomy, physiology, etiology, embryology, digestion, metabolism, genetics and immunity is also found in many texts.

# When many cultures were only nomadic forest dwellers over 5000 years ago, Indians established Harappan culture in Sindhu Valley (Indus Valley Civilization).

# The four religions born in India, Hinduism, Buddhism, Jainism, and Sikhism, are followed by 25% of the world's population.

# The place value system, the decimal system was developed in India in 100 BC.

# India has the second largest pool of Scientists and Engineers in the World.

# India is the largest English speaking nation in the world.
Posted by Free Thinker at 10:54 AM