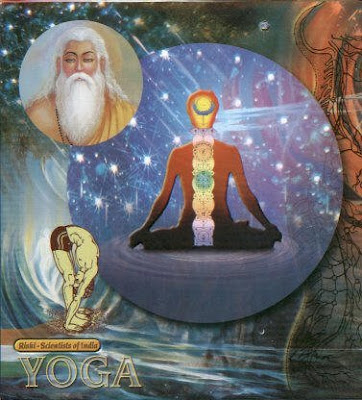 The Science of Yoga is one of several unique contributions of India to the world.
It seeks to discover and realize the ultimate Reality through yogic practices.
Acharya Patanjali, hailed from the district of Gonda (Ganara) in Uttar Pradesh, is considered to be the first to codify this ancient tradition.
He prescribed the control of prana (life breath) as the means to control the body, mind and soul. This subsequently rewards one with good health and inner happiness.
Acharya Patanjali's 84 yogic postures effectively enhance the efficiency of the respiratory, circulatory, nervous, digestive and endocrine systems and many other organs of the body.
Yoga has eight limbs where Acharya Patanjali shows the attainment of the ultimate bliss of God in samadhi through the disciplines of: yam, niyam, asan, pranayam, pratyahar, dhyan and dharna. T
he Science of Yoga has gained popularity because of its scientific approach and benefits. Yoga also holds the honored place as one of six philosophies in the Indian philosophical system. Acharya Patanjali will forever be remembered and revered as a pioneer in the science of self-discipline and self-realization.
Posted by Free Thinker at 10:49 AM