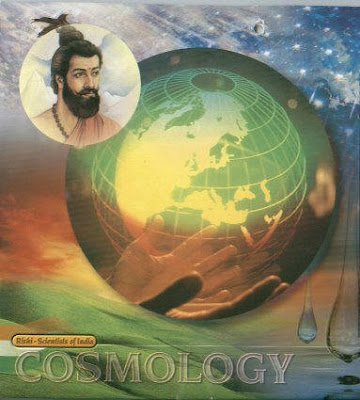 Celebrated as the founder of the Sankhya philosophy, Acharya Kapila was born in 3000 BCE to the illustrious sage Kardama and Devahuti.
He gifted the world with the Sankhya School of Thought. His pioneering work threw light on the nature and principles of the ultimate Soul (Purusha), primal matter (Prakruti) and creation.
His concept of transformation of energy and profound commentaries on atma, non-atma and the subtle elements of the cosmos places him in an elite class of master achievers - incomparable to the discoveries of other cosmologists.
On his assertion that Prakruti, with the inspiration of Purusha, is the mother of cosmic creation and all energies, he contributed a new chapter in the science of cosmology. Because of his extrasensory observations and revelations on the secrets of creation, he is recognized and saluted as the Father of Cosmology.
Posted by Free Thinker at 10:52 AM