Saptashrungi Devi is Durga Devi, at Vani, Nashik, Maharashtra -one of the 51 shakti peeth of India and Pakistan

Saptashrungi Devi is Durga Devi, at Vani, Nashik, Maharashtra -one of the 51 shakti peeth of India and Pakistan 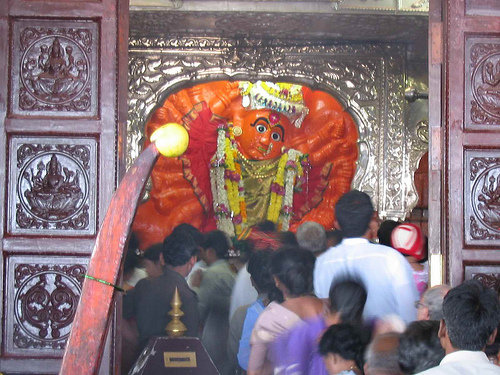 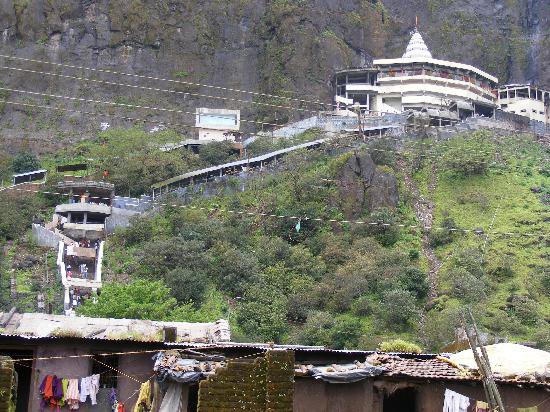 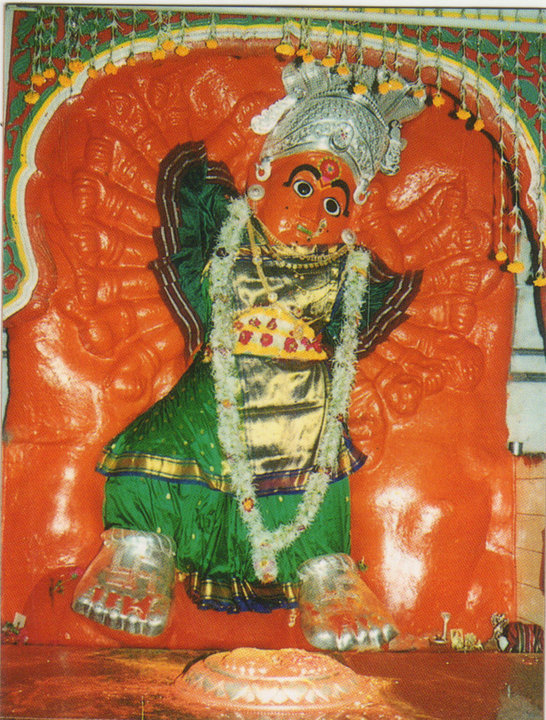 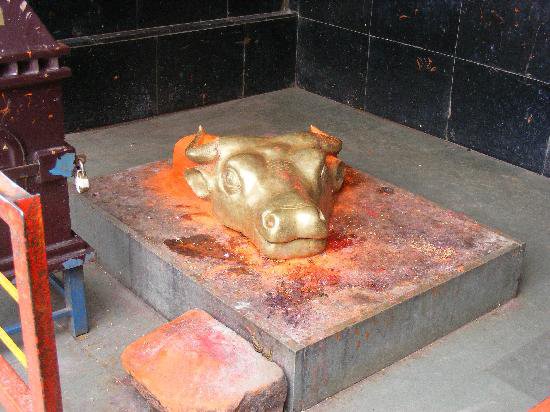 Saptashrungi Devi is Durga Devi, she is located at Vani a place near the city of Nashik in the state of Maharashtra. This place is one of the 51 shakti peeth of India and Pakistan.

The state of Maharashtra is the home to four of these peeths, they are

*Tulja Bhavani at Tuljapur( She was the family deity of the Maratha King Shivaji, She blessed Shivaji with a Sword which is at present kept in the Oueen collection at Buckingham Palace in London.)

*Amba bhavani or Mahalakshmi at Kolhapur.

*Renuka Devi in Village of Mahur.

The devi is carved on a rock cliff on top of the mountain Saptashrung at an altitude of 1230 meters above sea level. The carving is eight feet tall and is carved on a single rock face. Devi a weapon held in each of her eighteen arms. Sapta-Shrungi means Seven Beauties, these are a chain of Seven mountain peaks and thus the name Saptashrungi identifies with Durga Devi who resides here. In general Durga Devi likes to reside on top of the mountains therefore one of here names is Parvati (of the mountains). The temple is located at N 20° 23’ 28.6”; E 73°54’25.1”, it kind of sticks to the cliff where the Devi is carved. There is a road, which goes up to and altitude of 1150 meters, from here there is flight of 470 stairs, which goes right up to the shrine. The temple is well connected with the city of Nashik with state transport buses.

One of the very important books that was composed at this place is the Devi Mahatmaya or Durga Saptashati which is section of the Markendeya Puran. Sage Markandeya wrote it after doing penance on the top of a peak, which face the cliff on which the Devi resides.
Posted by Free Thinker at 11:00 PM