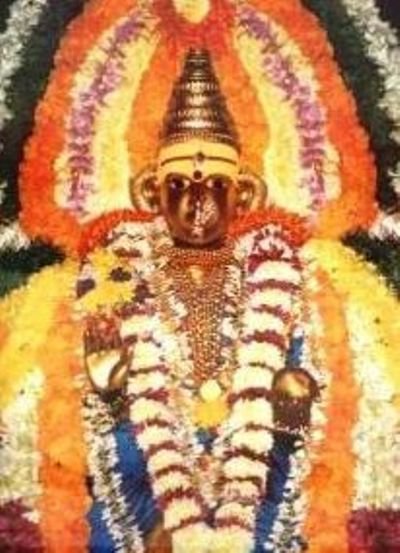 Shri Devi Shantadurga temple is located at Kavlem in Ponda Taluka. This temple at kavlem is considered as one of the most important temple, and is the biggest temple in Goa. . The temple was constructed during the reign of Maratha ruler Shahu Raje of satara at the request of Naro Ram Mantri, one of his ministers in about 1738 A.D. There is a Shivalinga at this temple which is considered as belonging to the Mahajans of the surname 'Vorde' who are the Kulavis of the temple of Shri Manguesha. 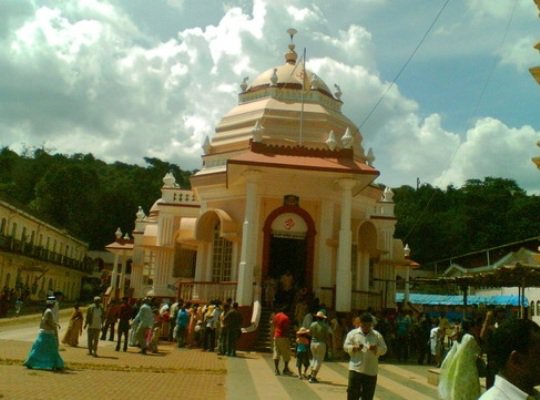 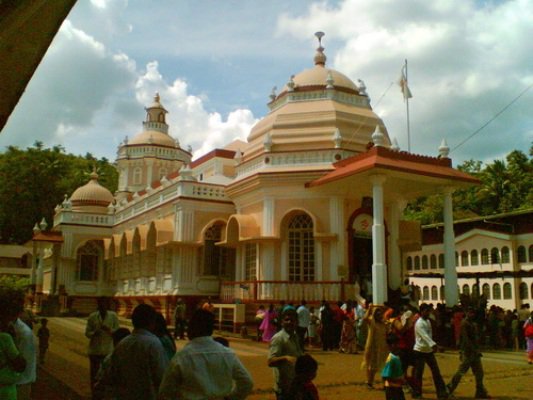 Shri Shantadurga Temple's walls are one of the attractions to be seen, since it is an ancient temple. All the three directions i.e the north, south and the east walls were completed recently. The temple is well-equipped with Agrashalas and accommodated with modern amenities and many halls. In front of the 'Nayanmanohar Deepstambho' (the tall structures alcoves built in for placing oil lamps.) is a lake which fascinates many people. A distinctive six-storeyed deepstambha and ratha (chariot) with some gilt work adorn the temple grounds. At the entrance of the temple there is 'Nagarkhana' which is generally used for instrumental purpose (light music), which makes the atmosphere in the temple nostalgic. It is interesting to note that amongst some other features of the temple, the dome. The dome of the temple is one of it's kinds and is listed in one of the best among the other temples.

The original temple was destroyed by the Portuguese in 1564 but the idol was taken away safely to Kavalem where mahars or harijans took care of it for a year. Subsequently, it was brought to its present abode. A special feature at this temple is that Harijans are permitted to enter the sanctum sanctorum of this temple. The temple consists of a collection of pyramidal roofs with the addition of a dome on the slope in the bosom of a chain of mountains. Both the pillars and floorings are made of Kashmir stone. A Panchadhatu (five element) image of Shanta Durga rests in the 'Girbhagraha' with a six inch black color Shivalinga adjacent to it.

Generally during the abhishek (the auspicious bath of Gods with honey, curds and milk) of Shri Shantadurga, the Shivling which is kept close to her also gets the honors. Basically the abhishek is done at the same time for both the Gods.

The temple is engulfed with extraordinary scenic beauty. This land is very productive in terms of vegetation. The atmosphere and the climate is very healthy and the water here is very clear. 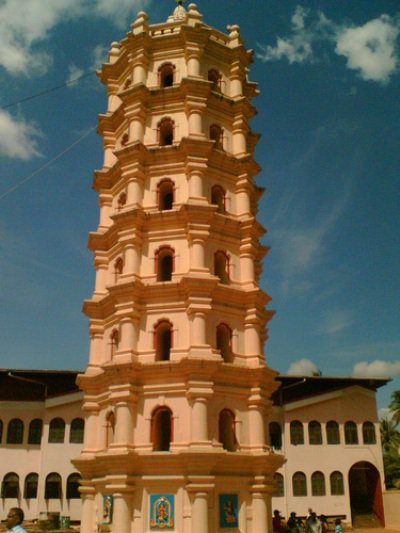