Maa Kali - The Compassionate Goddess - one of the many forms of Shakti. Maha Kaali is the fiercest of all goddesses of Hinduism

Maa Kali - The Compassionate Goddess - one of the many forms of Shakti. Maha Kaali is the fiercest of all goddesses of Hinduism 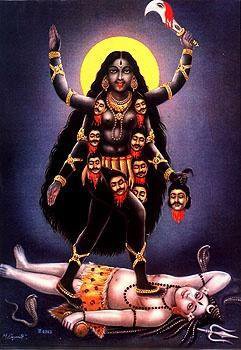 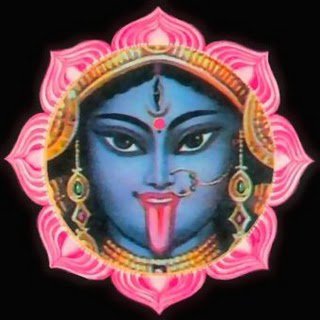 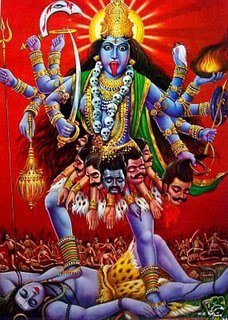 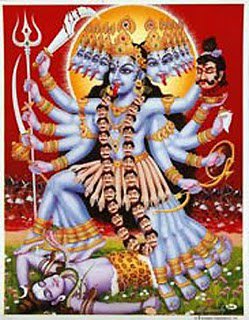 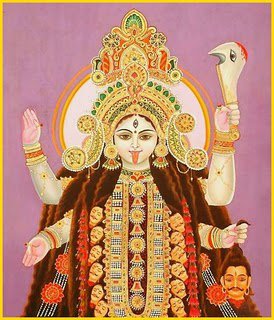 ●► Kali is one of the many forms of Shakti. Maha Kaali is the fiercest of all goddesses of Hinduism. The word Kali has its roots in the Sanskrit word "Kaal", which means time. And nothing escapes from time. Goddess Kali is sometimes referred as the goddess of death. But actually Kali brings the death of the ego. Even in the scriptures, she has killed demons but not anyone else. Kali is also not associated with Yama (the Hindu God of Death). Kali is considered a form of mother too. Maa Kali is one of the few Goddesses who are celibate and practice renunciation.

Maha Kaali is the most compassionate of all the forms of goddesses as she provides salvation or liberation to her children. Kali is equivalent to Shiva because both of them are the destroyers of evil fake and unreal. It is considered that with the glimpse of Maa Kali, ego trembles with terror seeing its own eventual demise in her.

People who are attached to their ego would not be able to receive the idea of Kali and she will appear in a wrathful form to them. But people, who are engaged in spirituality, removing the illusion of the ego, will find Maha Kaali in a different form. Maa Kali will appear as sweet, affectionate, and overflowing with perplexing love for them
Posted by Free Thinker at 6:42 AM