Significance of sun in Horoscope and Remedies

Significance of sun in Horoscope and Remedies

Sun is the center of all life, force and energy and the giver of Prana. Sun is considered the father of the entire Solar System. The Sun is a rajasic Planet and is powerful at day. Sun has a royal status among the planets.

Sun rules over the Zodiac Sign of Leo and is exalted in Aries and is debilitated in Libra. The Sun is beneficial for those born underthe zodiac signs of Aries, Leo, and Sagittarius.

Sun is friendly to Moon, Marsand Jupiter and has enmity with Venus and Saturn. It is neutral to Mercury. His metal is gold or copper and His gem is ruby. His mahadasha lasts six years.

As Surya is the Lord of the bones in the human body,ailments may arise during his mahadasha period. In the horoscope the position of the Sun represents the native's life purpose and the style in which they leave their mark in the world.

The Sun represents vitality, leadership, creativity and the nobility of mankind on the positive side. On the other hand a negative influence can mean weak eye sight, headache, disturbance of blood circulation bone weaknesses, palpitation of heart and inflammatory conditions etc.

According to Hindu Mythology Sun is a Kshatriya and born to Sage Kashyap and Aditi who is the mother of Gods. Her sons were defeated by the demons. Aditiprayed to the sun to be born as her son to fight and defeat the demons so that the Gods could get back their due. Sun agreed to it and was born as Aditya.

Hindus believe that Sun is ever moving in a chariot drawn by seven horses. Surya, the Sun, is short in stature and has a prominent, shining appearance, with two arms, a curly mane of hair and shining, golden-brown eyes that are the exact color of honey.

His mind is incisive and His complexion coppery or golden and He wears clothes of dark saffron. In both His hands, Surya has two red lotuses. The wheel of Surya's chariot represents the year and its twelve spokes are the twelve months

Surya is the primary god of the sun in Hinduism. The word Surya is also used simply to refer to the sun, even outside of a divine context. He is depicted as a beautiful radiant man, with hair of bright gold and arms of gold as well. He is depicted both with two arms and with four. When he has two hands he usually holds two lotuses, and when he has four hands he usually holds a conch shell, a lotus, a chakra, and the fourth in the symbol of protection. He is carried through the sky on a chariot pulled by seven horses, one for each color of the rainbow and for each colored chakra. 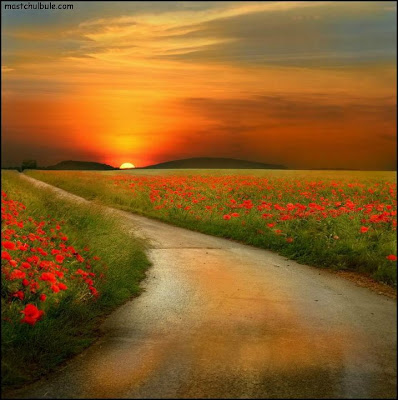