during the reign of Kanishka *Sakyamuni *headed the movement to support Buddhism ,,,In the hundred or so years following King Ashoka there was a strong feeling in the various Buddhist communities that the religion had become too elitist and ecclesiastic ,focusing on the monastic vocation at the expense of the path of the lay disciple . 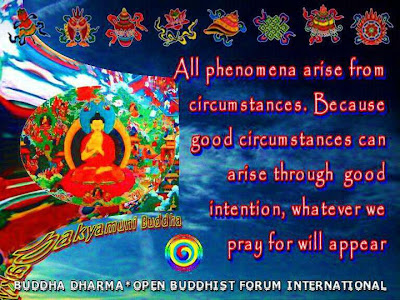 New Movement suggested that in place of the goal of * Nirvana* and the path to its attainment ,,,a new and higher aspiration for full Buddhaahood through a path called the Bodhisattva path ("or path of future Buddhas" ) .Its Hallmark was the creation of a new literature and the audacity to refer to itself as the " Mahyana " or " Great Vehicle",while branding all the eralier Buddhism as " Hinayana " or " Lesser Vehicle "

* MAITREYA* Name of the future Buddha translated as *Benevolent One *. although the notation is present in virtually all the Hinayana schools, where they view * MAITREYA* as a Bodhisattva Progressing towards Buddhaahood ,, the notation reaches its apex in Mahayana , where MAITREYA is depicted as a virtual cult image . He is mentioned in a wide variety of Mahayana *Sutras *, and also comes to play a major role in * Vajrayana * Buddhism where his heaven is said to represent a *Pure Land *.