No religion without reason says SWAMI VIVEKANANDA by Sachin Drafts

No religion without reason says SWAMI VIVEKANANDA
by Sachin Drafts 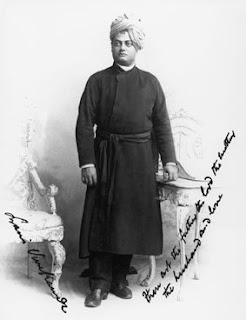 
" IF A RELIGION IS THREATENED OR DESTROYED BY SCIENTIFIC INVESTIGATIONS, THEN IT IS NOTHING BUT UNWORTHY SUPERSTITION, AND THE SOONER IT GOES THE BETTER IT WUD BE." S VIVEKANANDA

No religion without reason

Knowledge of the sciences covers, as it were, only part of our lives, but the knowledge which religion brings to us is eternal, as infinite as the truth it preaches. Claiming this superiority, religions have many times looked down, unfortunately, on all secular knowledge, and not only so, but many times have refused to be justified by the aid of secular knowledge. In consequence, all the world over there have been fights between secular knowledge and religious knowledge, the one claiming infallible authority as its guide, refusing to listen to anything that secular knowledge has to say on the point, the other, with its shining instrument of reason, wanting to cut to pieces everything religion could bring forward. This fight has been and is still waged in every country. Religions have been again and again defeated, and almost exterminated.

The worship of the Goddess of Reason during the French Revolution was not the first manifestation of that phenomenon in the history of humanity, it was a re-enactment of what had happened in ancient times, but in modern times it has assumed greater proportions. The physical sciences are better equipped now than formerly, and religions have become less and less equipped. The foundations have been all undermined, and the modern man, whatever he may say in public, knows in the privacy of his heart that he can no more “believe”.

One should not believe certain things because an organised body of priests tells him to believe; one should not believe because it is written in certain books, or certain people like him to believe. There are, of course, a number of people who seem to acquiesce in the so-called popular faith, but we also know for certain that they do not think. Their idea of belief may be better translated as “not-thinking-carelessness”. This fight cannot last much longer without breaking to pieces all the buildings of religion.

The question is: Is there a way out? To put it in a more concrete form: Is religion to justify itself by the discoveries of reason, through which every other science justifies itself? Are the same methods of investigation, which we apply to sciences and knowledge outside, to be applied to the science of religion? In my opinion, this must be so, and I am also of opinion that the sooner it is done the better.

If a religion is destroyed by such investigations, it is unworthy superstition, and the sooner it goes the better. I am thoroughly convinced that its destruction would be the best thing that could happen. All that is dross will be taken off, no doubt, but the essential parts of religion will emerge triumphant out of this investigation. Not only will it be made scientific — as scientific, at least, as any of the conclusions of physics or chemistry — but will have greater strength, because physics or chemistry has no internal mandate to vouch for its truth, which religion has.

--Excerpts of Vivekananda’s speech in England 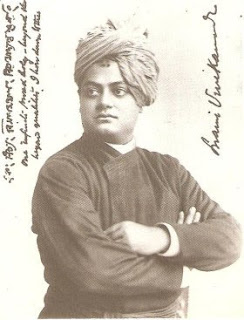 “We have each our Ishta. But when we see men coming and saying, "This is the only way", and trying to force it on us in India, we have a word to say; we laugh at them. For such people who want to destroy their brothers because they seem to follow a different path towards God — for them to talk of love is absurd. Their love does not count for much. How can they preach of love who cannot bean another man to follow a different path from their own? If that is love, what is hatred?