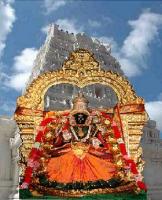 "With the growth of the devotee community and their growing religious, cultural and educational needs, we have outgrown our existing infrastructural facilities. We need extra space for educational, cultural, and religious activities", Temple website says.

This (first) phase of the project will reportedly yield about 15,000 square feet of additional space and shall include six classrooms, poojas area, kitchen, dining area, etc. Second phase, to be undertaken in the future, costing another 2 million dollars, would provide another 15,000 square feet of new usable space for major temple events, praakaarams, classrooms, private poojas, etc.

Rajan Zed, who is President of Universal Society of Hinduism, further said that it was important to pass on Hindu spirituality, concepts and traditions to coming generations amidst so many distractions in the consumerist society and hoped that these new temple additions would help in this direction. Zed stressed that instead of running after materialism; we should focus on inner search and realization of self and work towards achieving moksh (liberation), which was the goal of Hinduism.

Sri Lakshmi Temple, which sits on 12 acres and attracts about 1,000 devotees during festivals and whose roots go back to 1978, has reportedly been raising money for the expansion for the last about five years and shall do more fundraising. Muthiah Sthapathi of Chennai (India) will coordinate with Stoughton-based Kalkunte Engineering Corporation in this project.

Temple's Rajagopuram, which took two years to complete with artisans from India lead by Muthiah Sthapathi, stands 50 feet tall from the ground. Temple includes deities of Sri Maha Ganapati, Sri Mahalakshmi, Sri Venkateswara, Sri Nataraja with His consort Sri Sivakami, Sri Subrahmanya with His consort Sri Valli and Sri Devasena, Sri Hariharaputra, Garuda and Navagraha. Many of the granite/bronze idols/utsavamurthis of the Temple have been designed by well known temple architect/sculptor Ganapathy Sthapathy of Tamil Nadu (India); some of the bronze utsavamurthis were designed by Muthiah Sthapathy; while ornamental designs of the sanctum and the vimana gopuram were executed according to the Hindu Agama-sastras by the artisans from India.