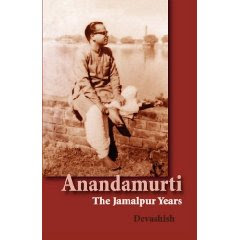 As the new decade began, the spiritual lives of most disciples still revolved around seeing Baba in the jagriti, going on field walk, and attending DMC programs whenever they got the chance. When they would see other Margis in the street, they would often embrace each other and shed tears. One day, Baba was talking with Kshitij when he warned him that this devotional phase would not last much longer.

"You will all be sad to see it pass," Baba said.

"But Baba," Kshitij asked, unable to hide his disappointment, "why does this have to happen?"

Baba remained impassive. "After the devotional phase comes the intellectual phase. Without an intellectual revolution, an ideology cannot be established."

During the fifties and early sixties there was no system of recording Baba's General Darshan talks or taking notes, nor did Baba re-dictate them afterward, as he did with his DMC and RU talks. Occasionally, some interested devotee would take notes of his own volition, but the vast majority of those discourses have been lost.2 In March 1963, one devotee took notes during a General Darshan. The following excerpts show the informal nature of Baba's General Darshan talks at that time. In the preface to his notes, this disciple explained that while it was too difficult to preserve Baba's exact words, the spirit of what Baba said was faithfully reproduced.

As Baba took his seat, he said, "In the Mahabharata period we find two persons coming quite close to Shrii Krishna—Arjuna and Sudama. Both were greatly devoted to him. Now tell me, which of the two is the greater devotee of Shrii Krishna, and whom would you choose
as the ideal of your life?" One by one, the persons present there
expressed their views ... when all had expressed themselves, Baba
said, "Devotion means unconditional self-surrender. One who has
more of it is a greater devotee than one who has less. Arjuna and
Sudama were both great devotees, but while comparing their devotion
by this yardstick we have to say that Sudama was a greater devotee
.. . Arjuna refused to fight when Shrii Krishna asked him to do so.
This shows that Arjuna did not have full faith in, and complete sur­
render to, Shrii Krishna... On the other hand we notice a complete
surrender by Sudama. He never desired anything from Krishna, his
friend who could have given him anything and everything ... Even
when his wife forced him to go to Shrii Krishna to request him to
remove his poverty, he went to him but didn't ask for a thing... Now
whom should you take as your ideal? Neither of the two, neither
Arjuna nor Sudama. Neither of the two is perfect, so how can you
take anything imperfect as the ideal of your life? Your ideal is to be
perfect, so your ideal should be the Lord and the Lord alone. No one
else should be your ideal.

"And if he finds that you have the potential to do his work, but you are lacking in self-surrender and you have nirt foregone your ego, then in such a case he will first create circumstances in which your ego will be forced to yield and surrender. Only after this will the Lord choose you to be the medium for his work. This was the case with Arjuna. Arjuna had the potential, but he also had some ego left in him. Shrii Krishna first made him surrender by showing him his cosmic form, and then alone was Arjuna chosen to be his medium."

In one of these General Darshans, Baba asked everyone if they wanted to hear the cosmic sound.3 Their response was an enthusiastic yes. Baba asked for the doors and windows to be closed. He had the women sit on one side and the men on the other. Then he asked everyone to begin meditating. "Those who do not hear the sound," he said, "should raise their hands but remain silent." A few disciples raised their hands but put them down again a few moments later.

Sakaldev, a lawyer from Muzaffarpur, started hearing the beautiful sound of a flute. The longer he meditated, the more it grew in intensity. But at one point he felt a sudden urge to open his eyes. When he did, he was surprised to see Baba leaving. The rest of the Margis were deep in their meditation. Some had already fallen into trance. Afraid that he might never hear that sound again, he ran after Baba and caught up with him just outside the gate. When he reached down to touch Baba's feet, Baba said, "Sakaldev, what do you want? Mukti? Moksha?"

Excerpted:
Amazing Baba Stories - Anandamurti- The Jamalpur Years
by DevashishAmazon.com: Anandamurti: The Jamalpur Years (9781881717102): Devashish Donald Acosta: Books
www.amazon.com
Amazon.com: Anandamurti: The Jamalpur Years (9781881717102): Devashish Donald Acosta: Books
Editorial Reviews
Product Description
While Sai Baba may have been India's most famous spiritual master during the latter half of the 20th century, Anandamurti was arguably its most interesting and controversial spiritual figure. Considered by some to be a social revolutionary with secret intentions of overthrowing the Indian government and by others to be a powerful Tantric with supernatural powers, Anandamurti kept himself scrupulously hidden from the public eye throughout his lifetime. His only interaction with the public was through Ananda Marga, the spiritual and service organization he founded in 1955, and its thousands of orange-robed monks who by the late 1960s had become so ubiquitous in Northern India that they began drawing daily mention in the press and literature of the time. While Ananda Marga gained great notoriety, Anandamurti himself remained a mysterious figure in India until his death in 1990. Based on the oral histories of his disciples, colleagues, and family, Anandamurti: The Jamalpur Years unveils a remarkable portrait of this often misunderstood saint and social thinker. Rather than being an academic study of one man's life, Anandamurti is primarily a collection of devotional and mystical stories set in a biographical framework that provides the reader with a portal into the magical world of Indian mysticism, yoga, and Tantra. "A fascinating story. Devashish has risen to the challenge of capturing this extraordinary life with grace and eloquence. I highly recommend it." - Dada Nabhaniilananda, Meditation teacher and author of Close Your Eyes and Open Your Mind
A Fascinating Life, July 28, 2010
By
Dada Nabhaniilananda - See all my reviews
This review is from: Anandamurti: The Jamalpur Years (Paperback)
For more than 20 years now people all over the world have been waiting for a worthy biography of the spiritual master Shrii Shrii Anandamurti. The Jamalpur Years more than satisfies this need. Meticulously researched and artfully crafted, it tells the story of one of the most enigmatic figures of the 20th Century. Was he a visionary saint? A Tantric master? A miracle worker? A political radical?
Anandamurti was all of these and more: a giant personality, who established a world wide organisation, yet was so reclusive that few have heard of him.
In Devashish's book, part one of three, the first layer of the veil of mystery is removed. As the story progressed I found myself wondering how it could get more incredible, and then it did. I lost sleep and cut my meditation short to find the hours to continue. Close Your Eyes and Open Your Mind An Introduction to Spiritual Meditation
If you want to take your understanding of spirituality and Anandamurti's amazing vision of a world where peace and justice prevail to a deeper level, you must read this book.
Posted by Free Thinker at 2:11 PM