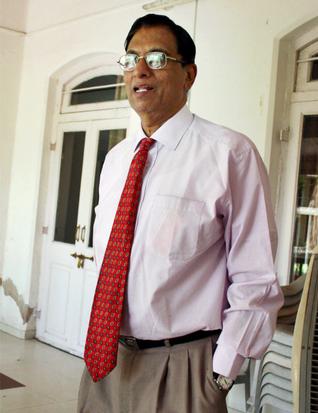 R.K. Raghavan, former CBI Director and chief of the Special Investigation Team, which conducted a fresh probe into the burning of a train in the Gujarat town on February 27, 2002, said “the verdict is professionally satisfying.”

“ The SIT is determined to pursue the cause of justice and would like to ensure that in the remaining cases also justice is rendered to the victims and to the satisfaction of the whole nation,” he told The Hindu on Tuesday.

“I have a mixed opinion on the judgement. I am satisfied with the Godhra train burning verdict, but I am pained as so many lives were lost due to the incident,” Mr. Raghavan told PTI.

On whether the SIT will challenge the acquittal of 63 persons in the case in High Court, Mr. Raghavan said, “We will decide it after we get a full copy of the judgement.”

“We will examine the prospects of an appeal. That’s the most logical thing to do. I am not committing myself to any definite conclusion,” he added.

He said he bowed down to the wisdom of the judge in acquitting 63 people but added, “Still, I have the right to have a look at the judgement, go through the statements, consult a bigger opinion and then decide the future course of action” and it was the “most logical” thing to do.

Mr. Raghavan said if the SIT is convinced that there is evidence, they may proceed further for an appeal but that is “too early, too premature (to say now)“.

The SIT was appointed by the Supreme Court to investigate the Godhra train carnage and eight other important post-Godhra riot cases on March 26, 2008.

Trials in the eight cases of rioting, including the Naroda Patia case and the Gulburg society case, are at various stages.