What does Namasté mean ?

What does Namasté mean ? 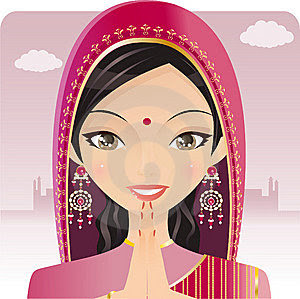 Namaste is a Sanskrit compound word made up of two words namah and te. Te means to you .... Namah means salutations or prostrations. So the simple meaning is: salutations to you. This seems to be quite an innocuous statement. But there is a deeper meaning. When I say 'namaste' to you the words 'to you' certainly refer to the physical 'you' standing or sitting before me but they in fact refer to the Divinity inside you.

Otherwise the word 'namah' which indicates extraordinary respect would not be compatible when addressed to equals. The word namah is used in making prostrations to God and is the repetitively used word when we worship God in the archana form, saying for example, Om Kesavaya namah, Om Narayanaya namah and so on. In each such case the namah is not simple prostration. The namaskara that is implied in the word namah indicates, according to Sri Sathya Sai Baba, an attitude of natitude of 'not mine'.

In other words when you make a prostration to the Lord saying namah, you assume an attitude of total surrender to the Lord, saying that everything I have is yours, Oh Lord; nothing is mine. The Upanishads say therefore that if you worship God with this attitude of surrender expressed through the words namah, then all desires will prostrate at your feet — meaning, you will ultimately conquer all desires. The word namah has such a deep meaning and so when this word is used to greet the person opposite it is not simply an equivalent of a secular greeting used in our everyday world. It is actually a recognition of the divinity within the person opposite you and it is to that divinity that you are prostrating with an attitude of surrender, that is, an attitude of na-mama-kara in the awareness of the presence of the ever-present Divinity.
Posted by Free Thinker at 7:00 AM