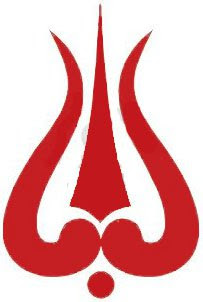 ”The number of Hindus currently living in our world is truly impressive. According to reliable sources, there are as many as a staggering one-billion Hindus in the world today. There are as many as three-million Hindus living in the U.S. alone. Indeed, if you found yourself drawn to reading this column, you are yourself most likely one of this teeming number of self-identified Hindus. While the numbers of Hindus in the world may be impressive, however (and the numbers are indeed to be seen as a source of pride), numbers alone don’t always point to the actual strength of a religion”. The number of adherents of a religion do not, after all, always correspond to the quality of the individuals practicing the religion. And it is really the inner strength of the individual religious persons that is the source of the outer strength of any religion.

This is the case for Hinduism (Sanatana Dharma) as much as any other religion ”Religion is ultimately not just a numbers game. Rather it is a matter of personal conviction, depth of realization, and inner spiritual experience. Religion is ultimately a radically personal experience, and not just a group dynamic or a demographic statistic. This truth being the case, I have made a distinction between two types of “Hindus” in the world today. There are what I call “Nominal Hindus” and “Conscious Hindus”. The real question for you is: Which of these two types of Hindus are you? ”A Nominal Hindu is a Hindu in name only. That is, they have no difficulty necessarily saying that they’re Hindu. That comes easy enough. But this mostly cultural identity is often as far as the typical Nominal Hindu is willing to go into exploring the depths of their spirituality. The real question, of course, is not just are you willing to call yourself Hindu but are you consciously and sincerely practicing Sanatana Dharma (Hinduism)? ”Like the Nominal Hindu, the Conscious Hindu also has no difficulty proclaiming “mein hindu hun.” I am a Hindu.” But unlike the Nominal Hindu, the Conscious Hindu actually knows what this claim meansand he knows so as a result of his own personal experience.

The Conscious Hindu not only identifies with Sanatana Dharma, the most ancient and profound spiritual system the world has ever known, but he also has immense pride in this heritage, and isn’t afraid to show it! ”More, the Conscious Hindu knows that it is his duty to not only revel in the greatness of Dharmic culture, but that to be a true Hindu he must also do everything in his power to live the life of a Hindu. A Conscious Hindu joyfully embraces the Hindu lifestyle ”As a Conscious Hindu, you must be knowledgeable about the philosophy and teachings of Sanatana Dharma, reading the Bhagavad Gita daily and familiarizing yourself with the meaning of Dharma. More, you must know that it isn’t enough to merely read about Sanatana Dharma, but that you must also practice its principles (puja, meditation, arati, Yoga, etc.) and ethics (non-stealing, not lying, being noble, etc.). Finally, it also is not even enough merely to practice Dharma by rote, but you must practice with the ultimate end-goal in mind: The goal of Sanatana Dharma ” Hinduism ” is to know, and love, and serve Bhagavan ” God. The ultimate purpose of both Hinduism, and life itself, is having deep and abiding Bhakti devotion toward God ”It is ultimately only by living your life as a Conscious Hindu – reclaiming your spiritual heritage in Sanatana Dharma and joyously practicing this path ” that you will know the true happiness, peace, fulfillment and joy that your spiritual tradition has to offer you. Become a Conscious Hindu, live the Hindu lifestyle, and begin to experience the true joy of the presence of God in your life ”

The Author: Dr. Frank Morales (Sri Dharma Pravartaka Acharya) has been a practicing American Hindu for over 30 years. He has a Ph.D. in Religious Studies and is recognized as one of the leading Hindu Acharyas in the nation. He is the Founder and President of the International Sanatana Dharma Society.
Posted by Free Thinker at 6:49 AM