About Vrndavan Brannon Parker
Vrndavan Brannon Parker is a Vedic researcher and historian. He has contributed essays to multiple publications for more than ten years and specializes in multi-media presentations with a focus on generating the interest and attention of the general public.
Vrndavan attended Vedic Gurukula schools for 10 years where he studied Sanskrit, Hindi, Puranas, Upanishads, Bhagavad-Gita, Indian History, Math and English. He attended Bhaktivedanta Gurukula in Vrindavan, India (Uttar Pradesh) from the age of 9 to 12. He received direct Harinam initiation from Srila A.C. Bhaktivedanta Swami Prabhupada on Oct 23, 1977 and the Gayatri Mantra from Srila Bhakti Sundar Govinda Maharaj of the Caitanya Saraswat Math in 1992.
His experiences from a young age imprinted him in such a way that he has always held a deep seated interest in and been connected to Indian history and culture. This led him to the inception of his own production and research company, Vedic Empire, founded in 1996.
Vrndavan has been researching and publicly presenting papers on Vedic historical and cross-cultural connections since 1996. His main focus has been on highlighting the similarities between the ancient cultures and civilizations around the world and defining their Vedic roots. Vrndavan stresses the importance of recognizing Hinduism as the world's longest and most contiguous ancient culture stemming from the Vedic scriptures. He has written numerous essays on the subject and firmly states his opinion that Hinduism and Vedic knowledge and practices hold the key to solving many global problems on a social, economic, ecological, political, and religious level.
Vrndavan dedicates his time to working with organizations that promote Vedic Dharma. He holds the distinction as a founding member of WAVES (World Association for Vedic Studies), VFA (Vedic Friends Association) and AVA, the Latin American branch of VFA. Vrndavan is also a Co-founder of Arise Arjuna Foundation and is a member of the Indian-American Friendship Council.
He is also the author of 'Orissa in the Crossfire-Kandhamal Burning', 'Harvest of Hate-Kandhamal in Crossfire' and the soon to be published 'The Serpent, the Eagle, the Lion and the Disc'.
Website
http://www.vedicempire.com
http://www.myspace.com/vedicempire
Posted by Free Thinker at 10:10 AM 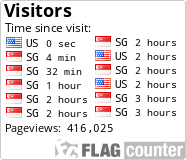